On May 29th, 360 has reported this flaw to EOS and helped fix the issue. The representative of EOS says, “EOS will not go online unless these issues are fixed” 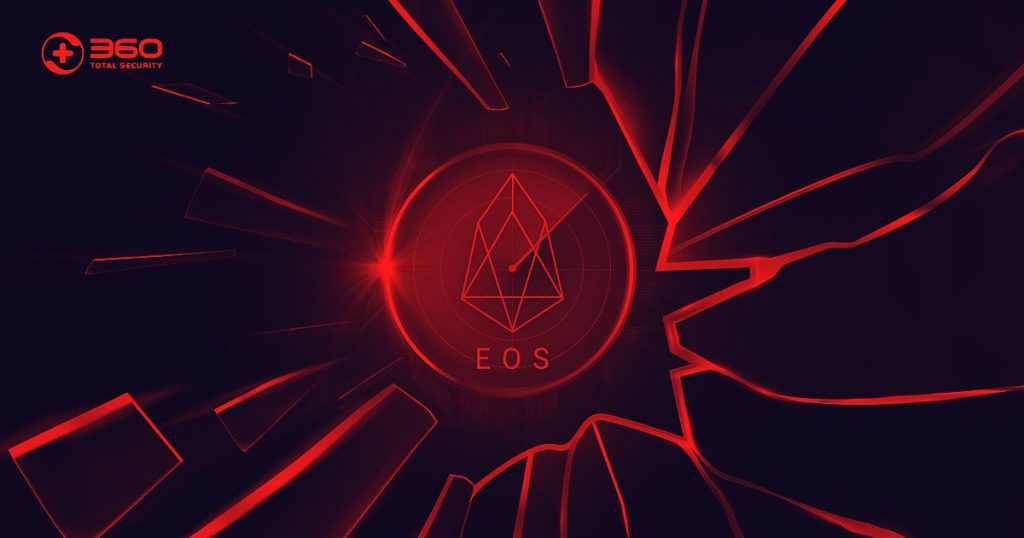 Conventional flaws in software can be used for cyber attacks and lead to data and privacy leakage. The crypto currency itself forms a complete financial ecosystem. Any flaws within crypto currency or blockchain network can cause more severe and significant impacts to online users.

Due to the decentralized computing architecture, a security hole in a single blockchain node can compromise the whole network. DoS(Denial of Service) attack that is considered with least impact in software industry can be huge in the blockchain ecosystem since everything in the system is connected and self-replicating.

Crypto transaction on EOS can be completely manipulated

Because the whole system is compromised, attackers can do whatever they want. For example, stealing the private key of EOS BP; controlling the transaction; accessing the financial and privacy data of any nodes in EOS network. (Digital currencies, user private keys in wallet, critical user information, privacy information and many more.)

Attackers can even turn the nodes within the EOS system to Botnet members, commanding them to form DDoS attack or mining for attackers’ sake.

EOS is being considered the 3rd generation of BlockChain platform. The total coin valuation is up to 10.7 trillion US dollars. It ranks 5th in cryptocurrency valuation globally.

In the system of blockchain and cryptocurrency, there are vulnerable implementation in nodes, wallets, pools, exchanges and smart contracts. 360 Security Center has exposed many related severe flaws in the blockchain system.

The new flaws discovered this time is unprecedented. It has never been exposed by other security researchers. This type of security risk doesn’t affect only EOS but also other types of blockchain platforms and cryptocurrency applications.

Through this incident, we hope the security of blockchain and cryptocurrency can gain more attention and investment to bring users a more secure blockchain ecosystem.